Nigerian well endowed actress Anita Joseph got married earlier this year and many of her fans regarding how thick and beautiful she looks expected that she would marry a wealthy man.

She was not happy with such questions like why are not married to a wealthy man,you are older than your husband,this is not the type of man we expected…. and other negative questions. 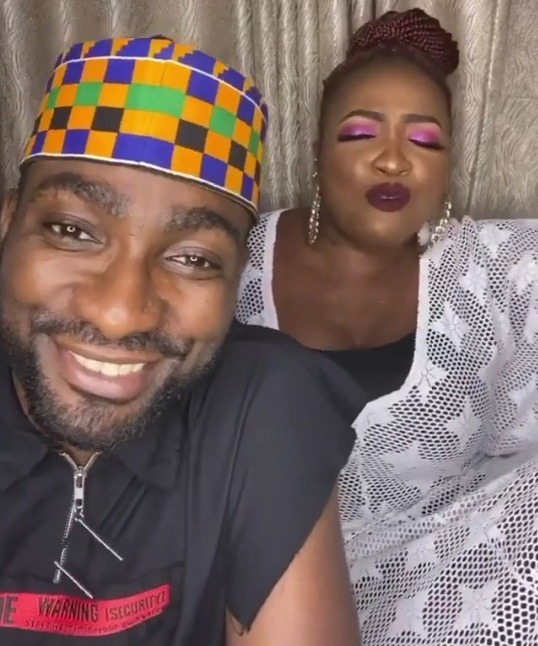 She said many trolls after blocking them would open another account just to follow her and keep trolling her.

She has vowed not to take it easy with such fans.Being a celebrity does not mean you will keep trolling her and she will not reply she said.

Her husband after listening to her beckoned on her to calm down.

Truly,being a celebrity comes with lots of prices to pay. You will be ready to take the negative outburst of fans.

When a blogger posted this video, people reacted differently,

However,being a celebrity means you must learn to endure anything people say as much as you can. But trolls sometimes should always remember that celebrities are humans too.

Subscribe to our newsletter for more juicy updates,videos and photos .

Baba Fryo gets battered, shares bloody photo of his face